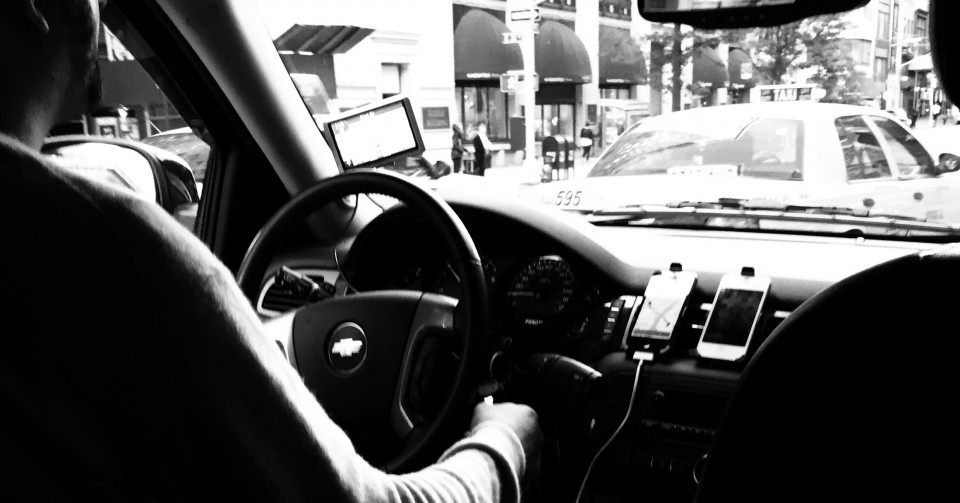 Driving for Uber vs Lyft

Wondering what platform is best to drive? We all know most drivers drive for more then one. Now that all platforms including  Uber, Lyft and Sidecar have reduced the payment to drivers most drivers are not questioning which platform to drive but if its even feasible  to continue driving.

After a weekend of experiencing the new prices lets examine the difference and you can decide whats best. Since Uber and Lyft are the two most known platforms I’ll focus on them.

In retrospect Lyft has had the least surprises. From early this year they had told their drivers that they would give them a $1 Spring tip for each ride and they said that the 100% commission was temporary. In August they announced they would be eliminating both. The $1 a ride tip is gone for the driver and they are now charging 20% off the ride but not off any tip the passenger gives, the driver received 100% of tips.

Lyft already had the lowest prices and when this went into effect drivers that drove for both Lyft and Uber complained that Lyft was not making them enough money and they were sticking with Uber.

Then Uber decided to make some changes. This one includes several blows so keep up. First they announced that they would now start charging the drivers $10 a week for the iPhone that drivers are given. This is to cover data usage. Drivers complained because that’s $40 a month for a phone they can’t use and are forced to get if they want to drive for Uber.

If that wasn’t enough Uber then announced they would permanently reduce prices for Uber by 20%. That’s on top of the 20% commission. It doesn’t stop there! What they didn’t announce very clearly is that they reduced their per mile per minute fee by 20% but also reduced their base price by 50%. What that means is a driver is paid about 64 pennies to pickup a passenger.

How does this affect the passenger? Well after reading comments on forums it sounds like passengers are going to get a lot more cancellations from drivers or drivers might not even accept the rides. Making it much more difficult and even frustrating for passengers looking for a ride.

The reason is when a driver sees they need to drive 9 minutes across town to pick someone up for 64 cents, they are taking a gamble on losing money if it turns out to be a short ride. Since the base price has also been reduced, it takes a moderate length ride to make more then the minimum $4. That’s what Uber drivers are complaining about, $4 dollar rides all night long that don’t add up to a profit.

Sure that sounds like a bargain for the passenger but when they have issues getting a driver and Uber starts feeling unreliable, the passenger will start looking for reliable alternative.

I already personally experience this, I wanted to drop off my car at the shop and I requested a ride. Their was several drivers 9 minutes from my location and I spent 15 minutes requesting a ride and not one driver accepted by request (I have a 5 star rating).

I couldn’t blame them, they would have to gambling my ride would have to be long for them to make a profit after driving to my location. The truth is they would of lost the bet. Because I understand how Uber and Lyft work I had a $10 bill ready as a tip for the one driver who accepted my request. But they didn’t know either of those facts.

HOW DO LYFT AND UBER COMPARE

Wouldn’t you be upset if you had to drive across town to give someone a short ride for $3? Now subtract 20% from the $3 and think about it again.

I don’t understand why Uber would invest so much in new drivers to then pull off a stunt like this? Think about it, Uber was giving out $500 in bonus for new drivers after they completed their first 10 rides, plus the cost of the iPhone that is given to each driver and that’s not including other giveaways and staff to recruit new drivers.

From many conversations with passengers, I feel confident to say passengers understood Uber was more expensive but they received better quality service. One of Uber’s requirements is that they have to use a newer car then what is allowed with Lyft because Lyft allows cars 5 years older then what Uber allows. That translates to better quality and more polished service. While Lyft passengers can expect an older vehicle dating back to 2001.

Other then having a higher pickup fee and slightly higher prices, Lyft might come out on top with driver with their bonus incentive. When they announced that they would now be charging 20% of the cost of the ride, they also then later announced a bonus on a sliding scale that would reward driver the more they drove.

Genius who ever thought of this. The incentive rewards a driver up to 100% commission and that means more Lyft driver at slower times. Its a win win.

“I KNOW YOU CAN’T BUT PLEASE TAKE THIS TIP”

I’ve heard this before, but it is very rare to get a tip driving on the Uber platform. That is because Uber wants to make it simple for the passenger. Promoting they don’t have to worry about having cash or making a payment because it is all taken care of automatically. That is awesome, and passengers love it. That was great for drivers also because on arrival the passenger gets off without worrying about payment or having an awkward moment by giving a tip.

The issue is Uber doesn’t give a gateway on the app to allow a passenger to give a tip if they wish. Drivers are instructed to inform a passenger trying to give a tip that it is not necessary, but if they insist then they can take it. All passengers remember from Uber is “no tip required” or “tip included”. Well, it might of been included before but not anymore.

That is another way Lyft might have the upper hand now. After the ride is complete Lyft allows the passenger to rate the driver and give a tip if they wish. Most passenger will tip even if its $1 and that adds up for the driver. While some passengers will tip more then what the fare cost, showing their gratitude.

p.s. THIS SADDENS ME

This weekend I had an Uber driver who had just started a week ago. He was excited because he had found a way to make some extra cash on the side, since his wife was just diagnosed with cancer. He had tested the platform for a week and liked it. He was coming from the Honda dealer and told me he had just purchased a new vehicle so he could use on Uber.

I was under the impression that he hadn’t driven since the new price drop and it saddens me now thinking about it how this new driver might be disappointed if with the new price changes ends don’t meet and now he is stuck with a new car payment.

People are OK with paying more for quality and good service. Uber needs to be more considerate with their drivers when making these kinds of changes. Its the drivers who invest in new vehicles, maintain a clean reliable car and are the front face of Uber who keep customers happy and coming back for more rides with their clean cars, snacks, water, phone chargers and great attitudes. If drivers aren’t compensated correctly at the end all Uber will be is a black dirty run down taxi cab.